This summer, I participated in the Texas Road Trip Quiltalong.  This was my first ever quiltalong, and I had such a great time that I can't wait to participate in one again!  The blogs on the quiltalong each were assigned a city in Texas, and they provided information about their city, as well as came up with a block that would represent their city.

I won an Aurifil thread card and thread selection at one of the blog stops (Porch Swing Quilts)- that was so exciting for me because I have never won anything like that before!

I decided in the beginning to make my quilt half size, so that I could use it as a wall hanging to decorate my sewing room.  I liked it when people chose paper pieced blocks for their cities because it made it much easier for me, I only had to print out the block half size instead of doing a bunch of hard quilt math haha.  It finished at 34" square because I added a small white border around the state so that it would stand out from the binding.

Without further ado, here is the finished product- quilted, bound, and hung on the wall!  I made a rod pocket on the top edge of the quilt and then stuck a small rod through and hung it on 2 nails in the wall. 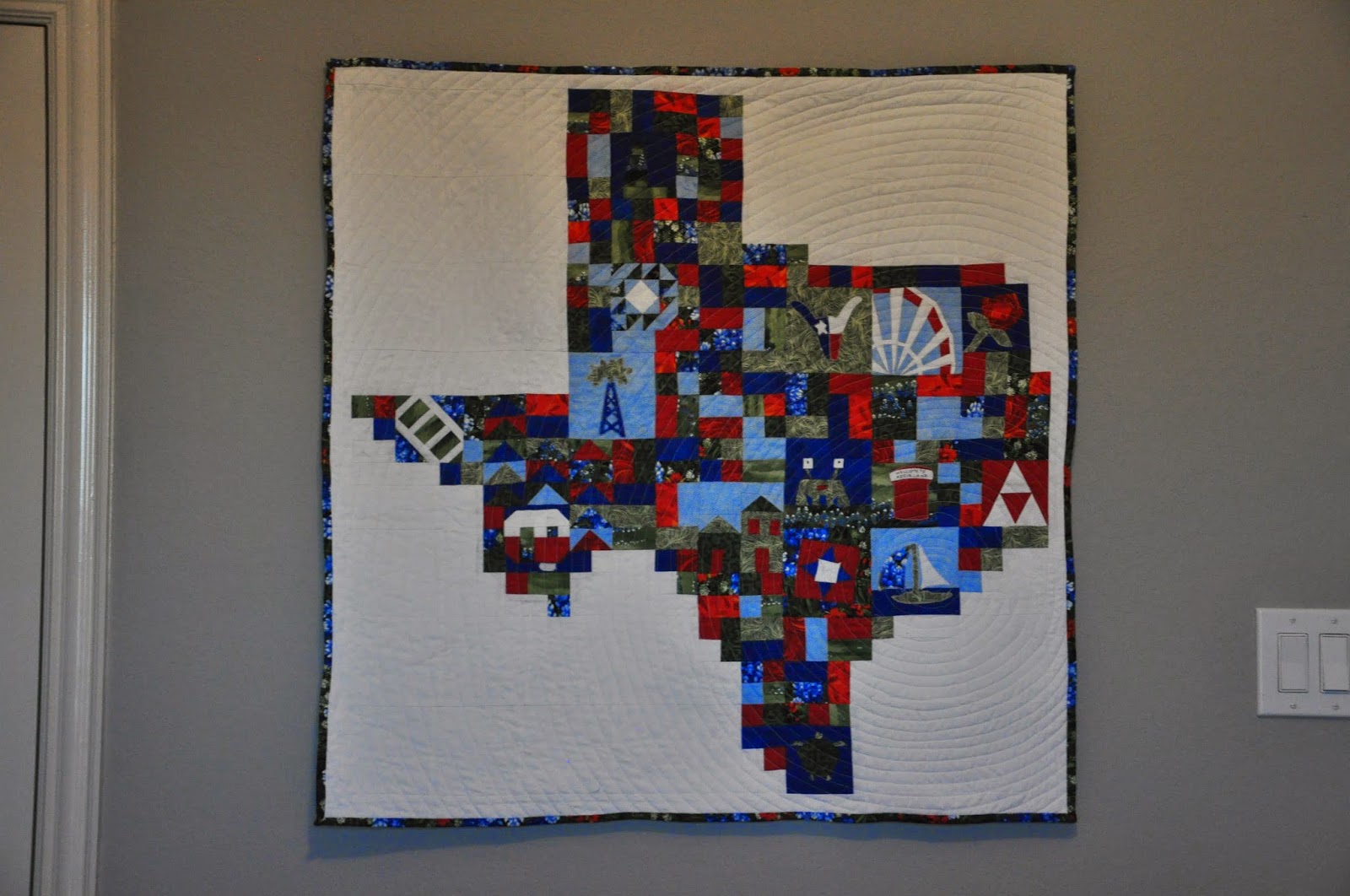 Here is the new view from my sewing machine: 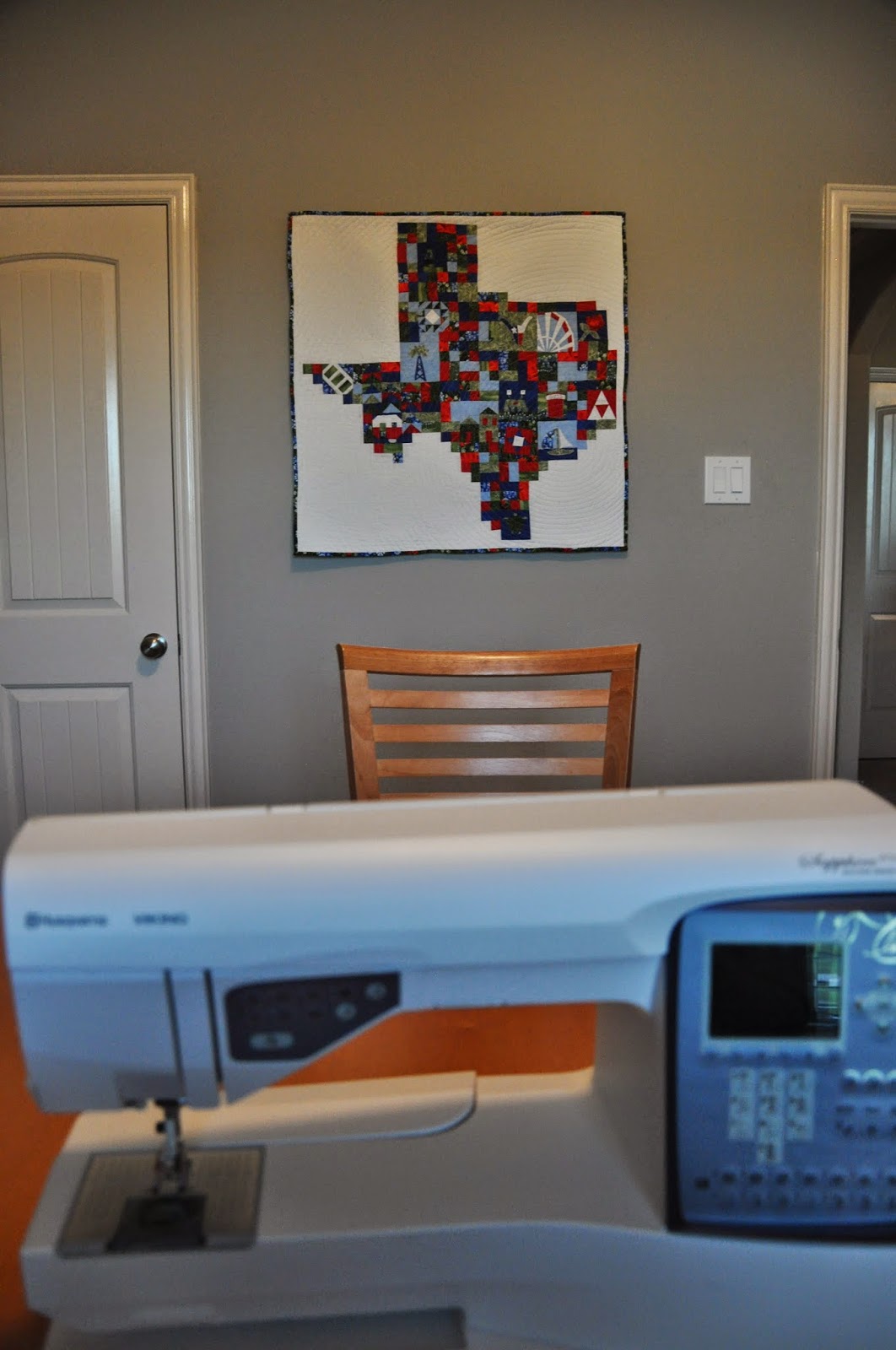 A close up of the quilting- I did circular quilting with my walking foot, starting in Houston, which is where I live.  I considered stopping when I was around 1/4 of the way through the quilting because all the circles looked just like Hurricane Ike when it came through here 6 years ago, but I ultimately decided to just keep going. 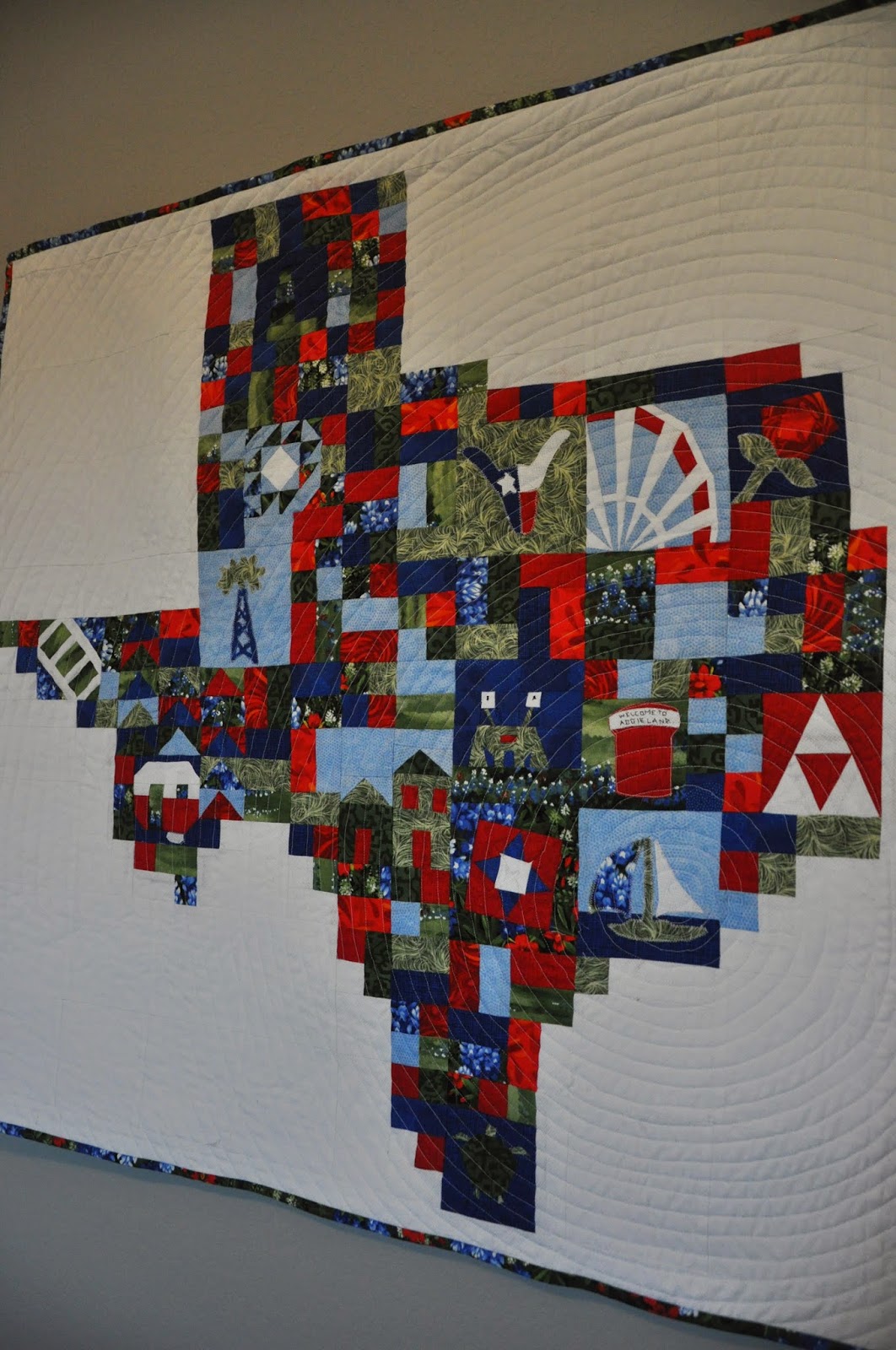 And last but not least, a picture of my quilt inspector enjoying the quilt...  I can't take pictures of anything on the floor without him wanting to be involved. 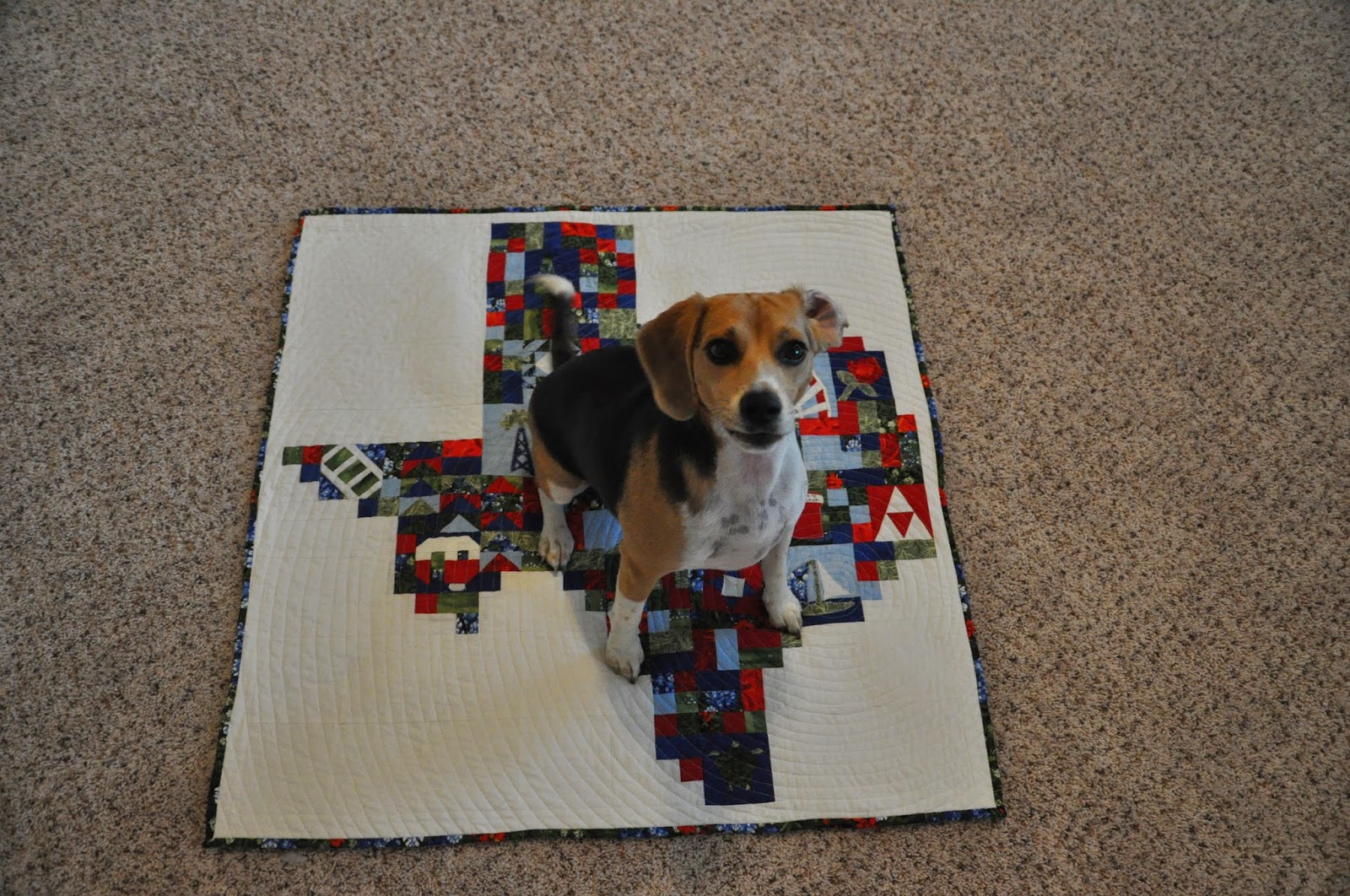 I just want to thank Pretty Little Quilts and My Fabric Relish for running such a fun quiltalong- I can't wait to see everyone's finished quilt tops this week!